We decided not to get the built-in GPS navigation for the Mini Cooper because it is awfully expensive and from the reviews, it looks like it isn’t very good. I commited myself to install a TomTom navigator in the car, and it should be better, cheaper, and should look like a factory option.

To make the faceplate, I carefully measured the orignal plastic housing for the mirror and lamps. I used a CAD tool to design an aluminium faceplate which would fit exactly where the plastic housing was. It is machined from 5mm aluminium, anodized black and It includes a speaker grill and window for the touchscreen: 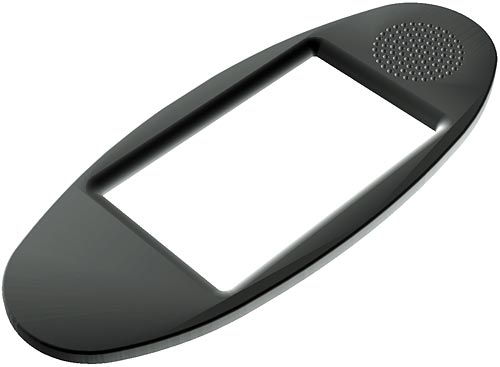 While waiting for the machined part, I started working on the electronics:

The next picture shows the back of the faceplate, with most of the components attached. You can see the LCD assembly, motherboard and Li-Ion battery. They’ve been rearranged and mounted with three small screws that allow for disassembly if neccessary. On top of the PCB is the PIC processor, getting power via the red cable connected to the 5V from the mini-usb socket. Next to the PIC 16f875, also connected to the 5V is the 100uH coil that powers the external antenna thru a via in the PCB. The tiny SMD DC blocking capacitor is on the other side of the PCB, where the little patch GPS antenna was and the new coax was connected. 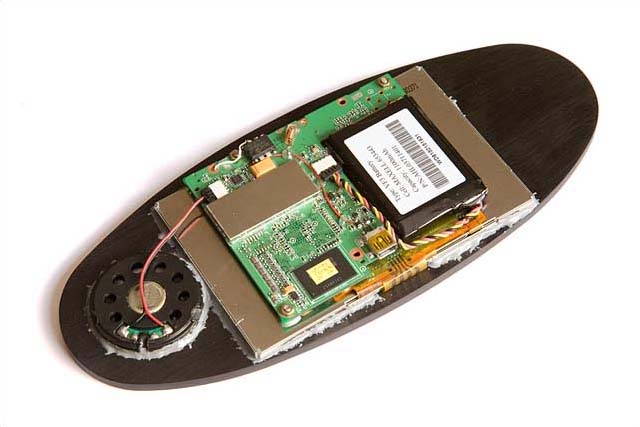 This is the program running in the DIP-8 PIC that you can see on the previous photo. It simulates a power-button press when the sunvirsor is pulled down and power gets to the GPS:

I got a pair of Mini cufflinks from eBay and after grinding the pin of one of them, I glued it to the front of the faceplate: 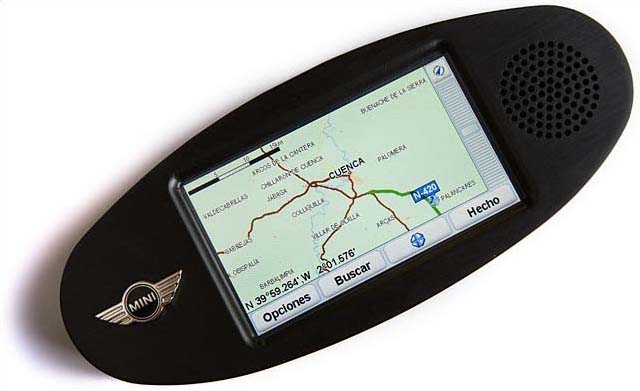 I also changed the Tomtom intro screen with a Mini logo, and replaced the little navigation arrow with a little red Mini car 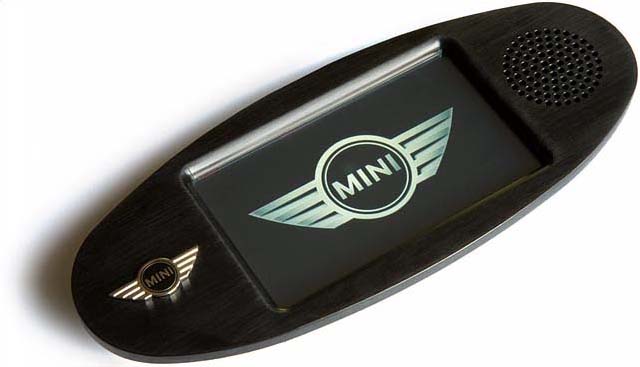 After removing the unnecessary material from the sunvisor, the new faceplate was fitted and secured: 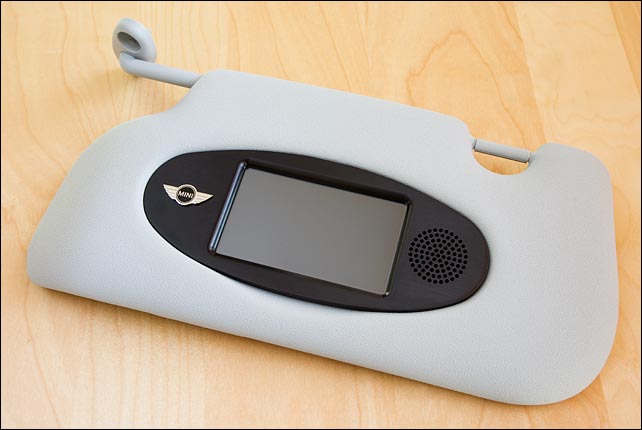 The GPS antenna was placed under the sunroof and the very thin coax cable was routed to the right sunvisor hinge after it was modified so that the cable could go to the sunvisor while still being able to deploy. The 12 to 5V switching regulator was protected and hidden over the headliner, and routed to the sunvisor’s arm original connection. No cables at all to be seen: 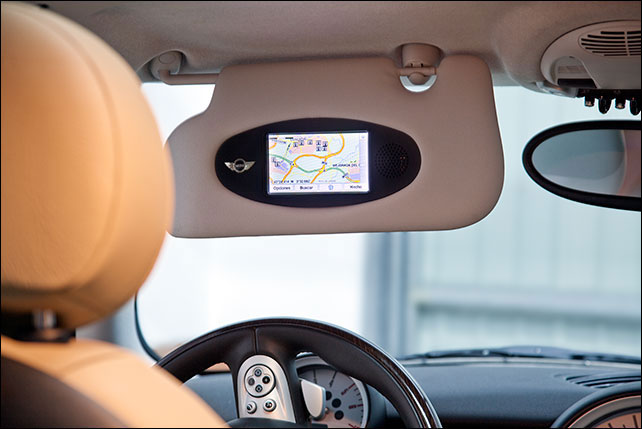 It seems that some people are worried about the sunvisor obstructing the view of the road. This one is no different from any other sunvisor in any other car, so I don’t see the point. Yes, it is easier to set up the route with it at the lowest angle, but you shouldn’t setup your GPS while driving, no matter where you have it mounted. Once set up, you should follow the spoken instructions anyway, so the sunvisor can be moved forward, out of sight.