This old amplifier sounds awesome but I got tired of depending on soundcards or external DAC for the HTPC. A very annoying issue was the loud POP! sound from the IQ7 speakers every time the HTPC went to or came out from sleep. Not wanting any more channels than left+right, I did not want to buy a new amp and the hack-upgrade appeared as a reasonable option. A few weeks of eBay-fishing finally a nice NAD MDC DAC arrived at home. 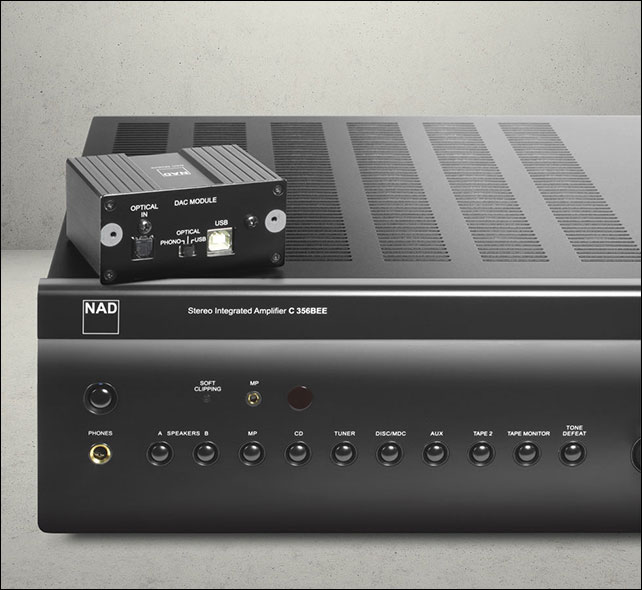 I did not have the NAD amplifier to which this DAC module was designed for so I had no easy way to measure what went from/to the amplifier to feed the DAC and what signals control it. Following a few traces and looking at some values it became clear what the module needed. The 7805 was calling for something around 8VDC or more for the digital circuits and the LM317/337 were set up for +-15VDC via resistors, so power requirements were easy to find. I could not find clean DC sources in the amplifier with the required voltages for the regulators, the two options showed clear 100Hz hum from the full-wave rectifiers so I decided to get rid of the LM317/337 pair and feed the DAC directly with the very clean +-15V that the amplifier used for its BF chain.

This module handles also the BF interface for a phono preamplifier, and the two relays (one of them removed in the picture) did the switching between sources. A pair of input signals controlled those relays but all I wanted were left and right audio signals, so the relay remaining in the PCB was repurposed as +-15VDC switch so the output opamps (OP2134) did not receive power all the time, since they run very hot. This is the reason why I placed a black heatsink on top of them as can be seen in the picture. Now they just get power when the amplifier is turned on and not all the time. The amplifier has it’s on anti-pop system, a simple delayed relay in the connection to the speakers, so everything is fine. After a bit of soldering here and there this is how the DAC ended: 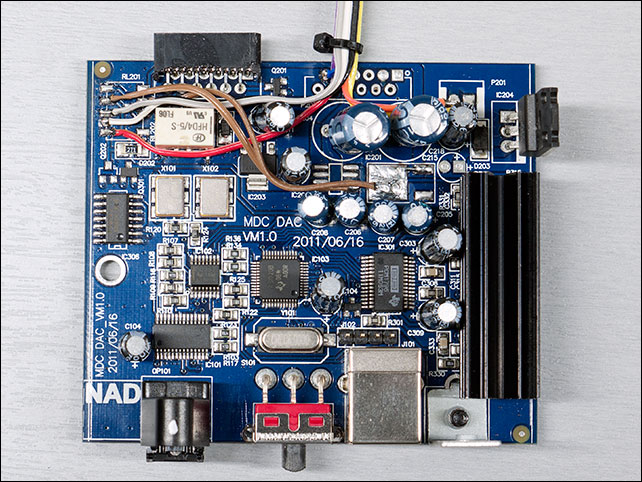 Installation inside the amplifier

There was no room left for the DAC on the back of the amplifier, but the composite video inputs/outputs did not seem very neccessary and they took about the same area as the DAC case. The compositive video switching circuitry shares board with the System Bus and IR repeating outputs, but they were distributed in the PCB such that it could simply be cut in half, with no re-wiring at all. The module fitted perfectly where the video circuits were before, look at it next the the half-PCB remaining: 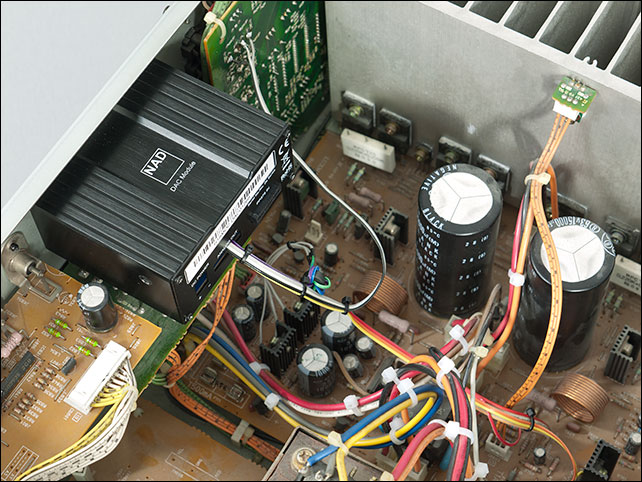 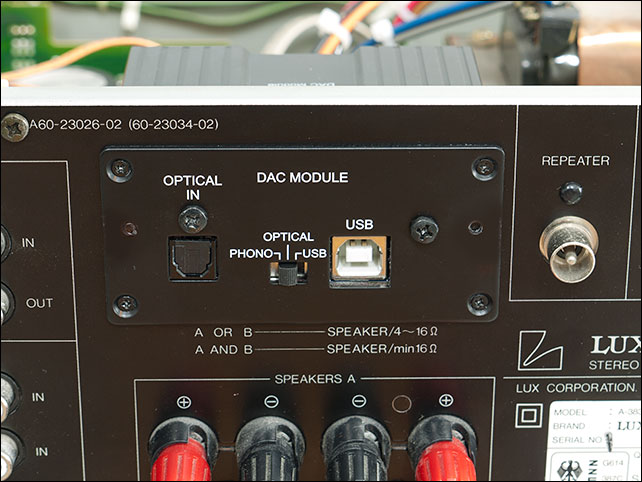 I could not be more happy. For little money and a lot of fun we enjoy great sound from the amplifier, with flexibility to use SPDIF or USB and no more pops. With the amplifier on the surgery table I could not resist replacing those old-fashioned red LEDs with blue ones… 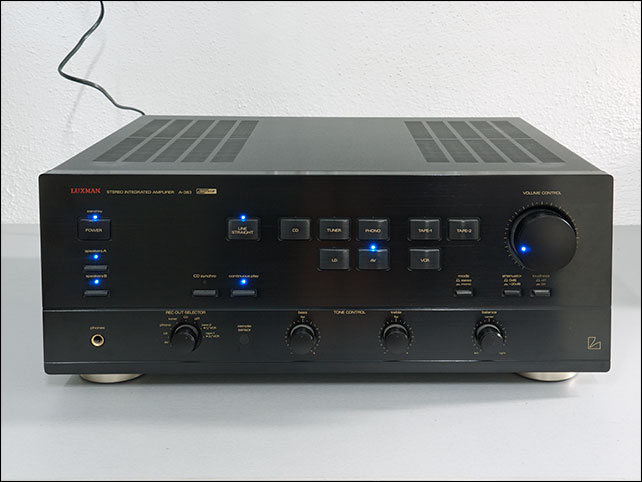 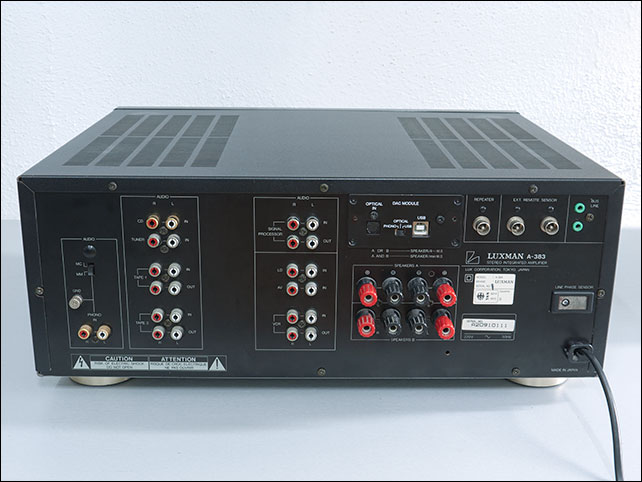 As a bonus, I have a few spare parts that will remain in the junkbox until they find a new home, which surely will happen sooner or later. 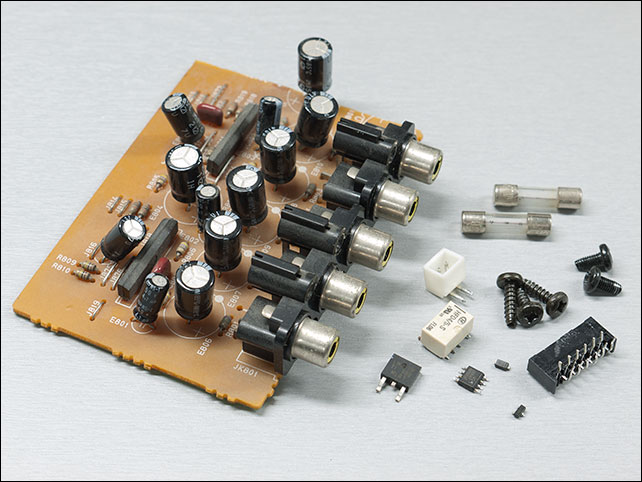