The 8920A Radio Communications Test Set is a wonderful instrument but it has a terrible CRT display. The screen surface is very light and, unless you are in a dark room, it leaves little room for contrast when something appears on the display. I have been avoiding using it because the display was difficult to read. And this is how I have solved it. 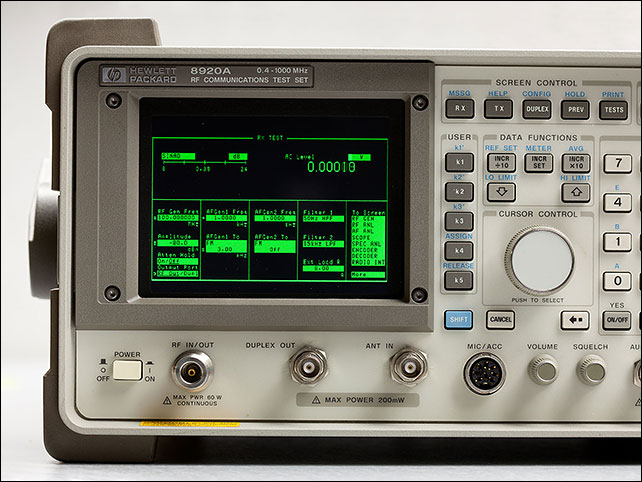 The concept behind the neutral density filter is simple, the light that comes from outside and hits the CRT and then back to your eyes goes thru the filter TWICE, while the light emmited by the phosphor in the CRT only goes thru the filter ONCE. In other words you are helping the light emited by the CRT to stand out from the background light, which is being filtered more. That means you are effectively increasing the contrast between what is being displayed and the “background” of the screen. The following paper is about LED displays but photons are photons, you know… 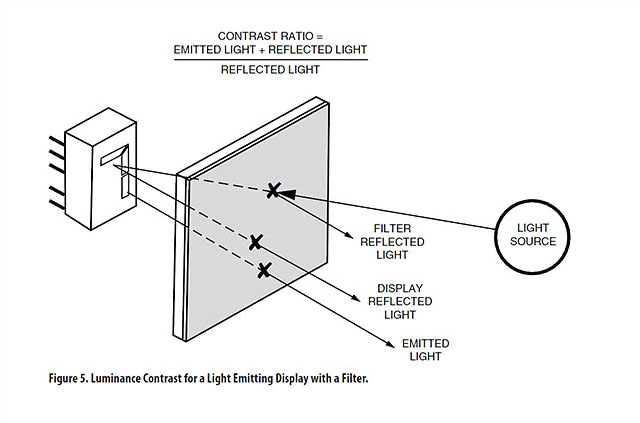 It did improve the viewability but not much, and I was forcing the brigtness of the CRT to the max. Even in low light, I had to crank up the brightness to compensate for the filtering. You don’t want to do that on an already old and aging tube. I took pictures of the difference but I haven’t been able to find them, sorry. I guess I am doing too many things at a time…

I wanted to use the biggest panel that would fit, and this Innolux AT050TN22 is just the right size. You can find it in eBay for about 70USD including the driver board, which you will need too: 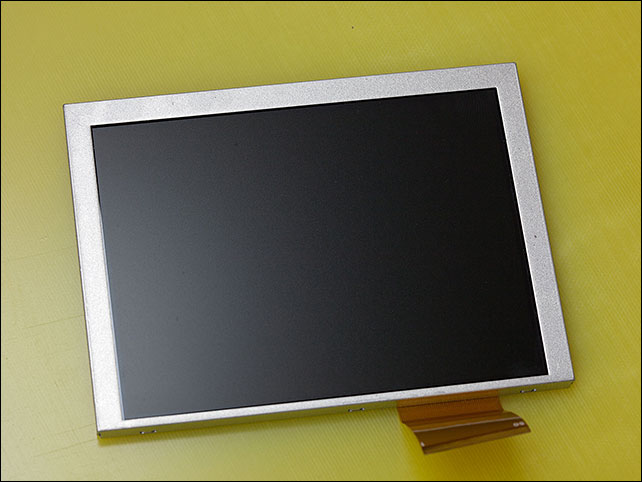 It has enough resolution, it is quite bright and it has the right size. It has a metallic frame which would be very visible behind the EMI-blocking glass, so it is necessary to cover it with something dark. It was a great excuse to design and print a black bezel with the 3D printer. It would hold the LCD in place and fit exactly on the recess behind the 8920 panel, where the CRT face used to rest: 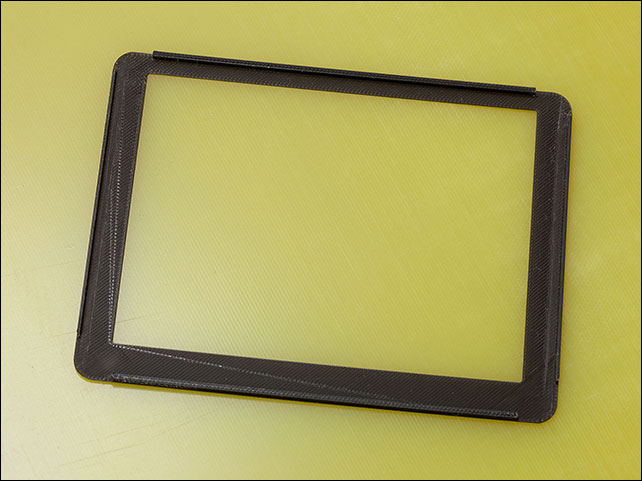 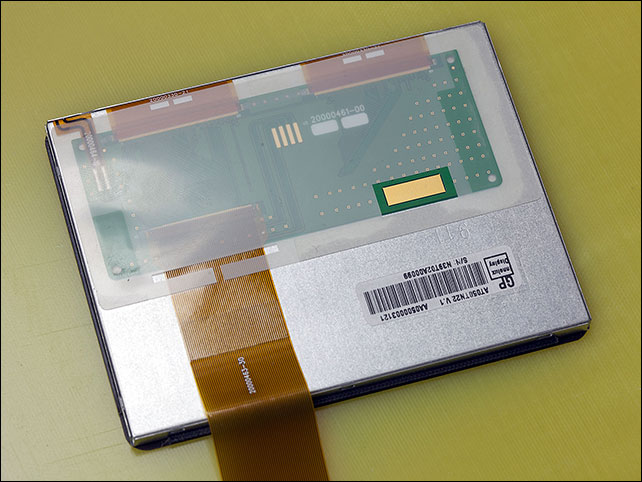 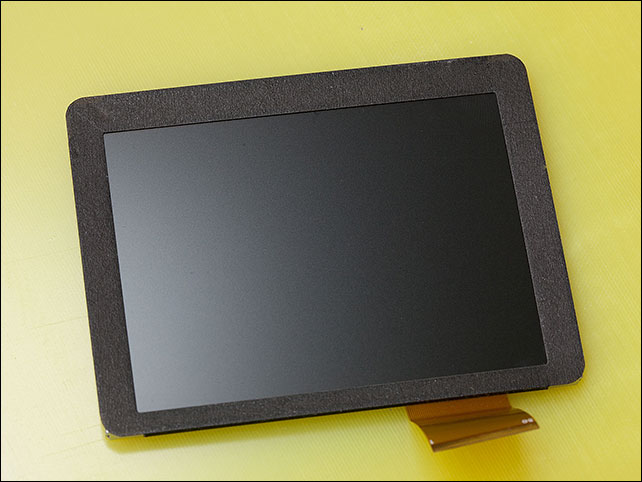 The composite video output of the 8920A has a pretty high sync speed and I was unable to get a stable image with the typical Gonbes GBS-8200 that seems to work for everyone else. I built the sync separator using the LM1881 but the board was unable to get a stable lock no matter what I did. I believe it had to do with the firmware it had installed but I could not confirm that. So I went the hard way and got a much, much better XVGA Box which is built from scratch around an FPGA instead of a specialized ASIC. This one did work wonderfully from the beggining, and it outputs VGA which is then feed to the LCD panel driver board: 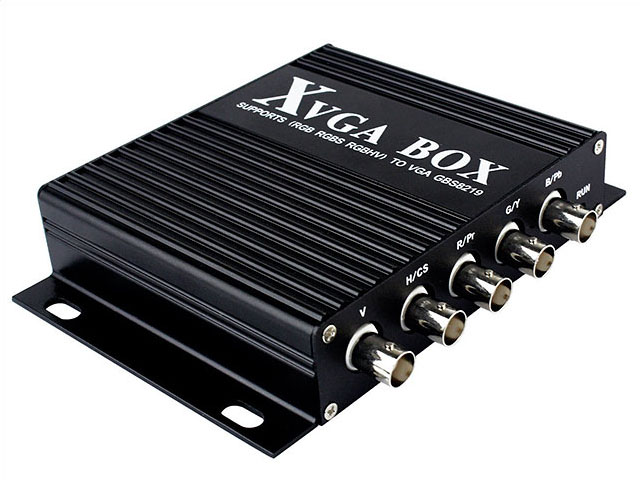 With the electronics working, it was time to find a tidy way to support the LCD panel and the two boards securely to the instrument. After a few ideas, I decided a thick 1.9mm PCB could serve to hold the LCD panel in place and support the other PCBs: 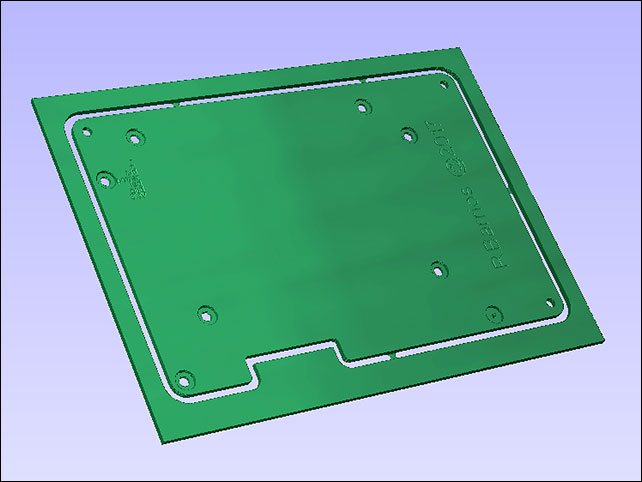 The PCB can be attached to the back of the 8920 front panel by the same four screws that hold the external bezel with the HP logo, which can be replaced with larger ones (I actually did cut them and screwed four new threaded rods from the back). Then the LCD driver board and VGA BOX PCB are mounted using standoffs: 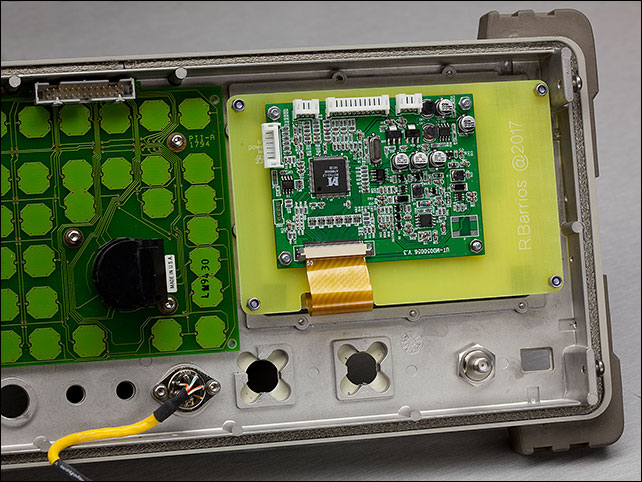 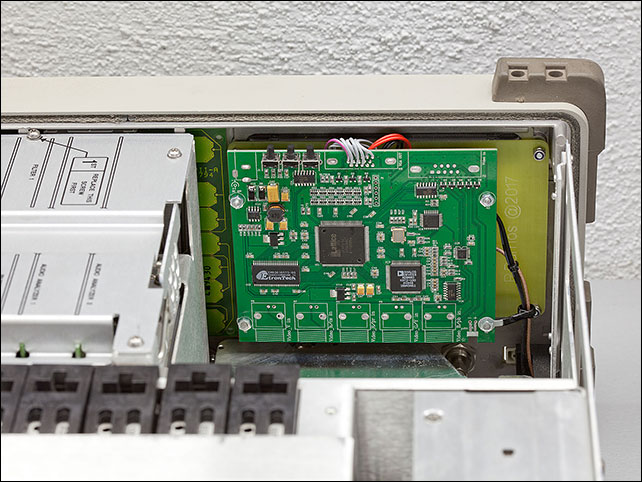 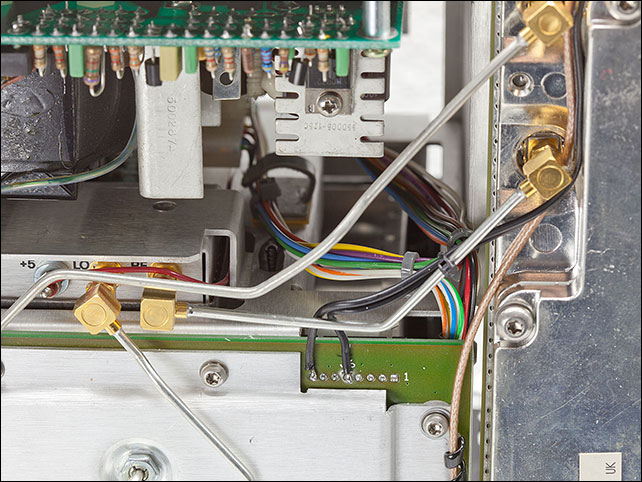 There is no need to get the video signal from the BNC connector, since it is available in one pin of a row found on the main PCB too: 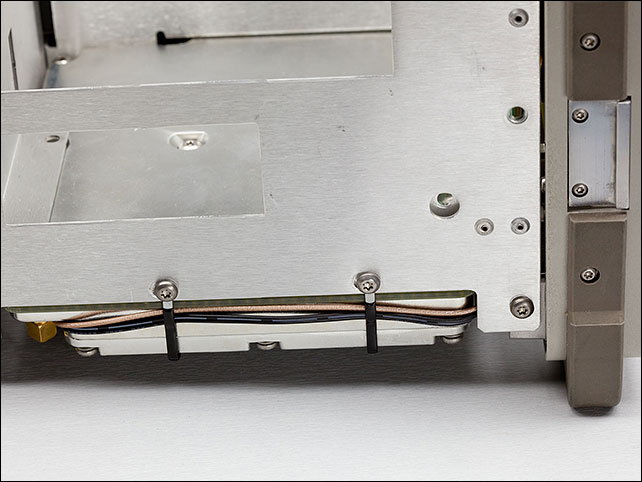 I routed the cables holding them to the side of the instrument:

The LCD looks fantastic and it is an incredible improvement over the CRT. The only problem I found is a rescaling issue from the number of lines/points of the original CRT to the LCD. As you can see, some lines/rows appear double the width because it is not possible to do a one-to-one (or one-to-many) mapping on every line/row. I found it looks a bit better if you set the XVGA Box to 800×600 since the LCD board rescales back down to 640×480 and introduces a bit of dithering which is more pleasant to the eyes.

It was not an easy or quick project but the 8920 has turned from a being pain to use to a joy ! 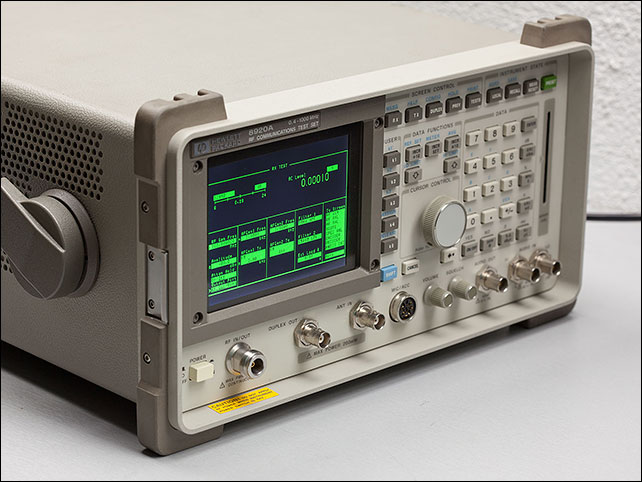 UPDATE: A few people asked, and I forgot to explain that this modification is completely reversible. I did not drill holes, cut windows or make the slightest modification to the instrument. It would take 15 minutes to put the CRT back and leave it in factory state. I can’t think of reason to do that right now but you never know, and this is always good practice anyway.